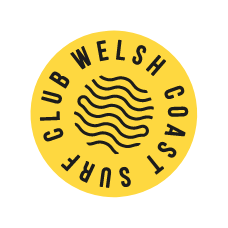 Paddle out in memory of Geoff Davies @ The Point Porthcawl (Rhych point/Trecco) on Sunday August 15th at 12pm -followed by drinks and story swapping on Newton green around 1pm. Spread the word, all welcome !

Geoff Davies was born in London in 1944 where he studied art in the prestigious London Royal College of Art in the 1960s. His surfing career started when he was inspired by the Beach Boys music and the surfing way of life, so he drove down to Cornwall from London to meet Bill Head and Bob Baily (Bilbo surfboards) in the mid 60s whereby he collected and surfed his first board (with no wax!) and after a few months became a passionate and competent surfer. He spent his summers in Wales at Freshwater West living in a campervan for most of the summer, and moved to Porthcawl in South Wales in 75 whilst teaching foundation fine art and graphic design in Cardiff university. He helped run the Welsh Coast Surf Club (WSCS) starting in 74/75 as secretary and he instigated and helped set up ‘Line-up’ surf magazine in the mid 70s using staple guns and xerox machines at the back of an old workshop – that later become a surf tshirt and sticker printing business, working with Quicksilver and Billabong in the early years, supporting local surf shops, lifeguard and surf clubs. Geoff judged and competed in local and national competitions, was placed 4th in the Welsh Masters, and was well known for encouraging many youngsters to enter competitions and push themselves to the best of their abilities. Geoff painted and sprayed many surfboards in the 70s and 80s for Roger Cooper in Wales, in Llantwit and Cornwall for local shapers, and airbrushed commission artwork on many boards including the now controversial ‘naked ladies’ collection! Geoff worked with Ted Dearhurst and designed him a lions head British flag for Teds entry into the British team. He taught his son Tris Davies to surf from an early age; Tris now carries that love for the ocean, surfing all year round with real passion and commitment and in memory of Geoff. Geoff was a passionate, thoughtful and kind man and will forever be fondly remembered and greatly honoured by the surfing community.